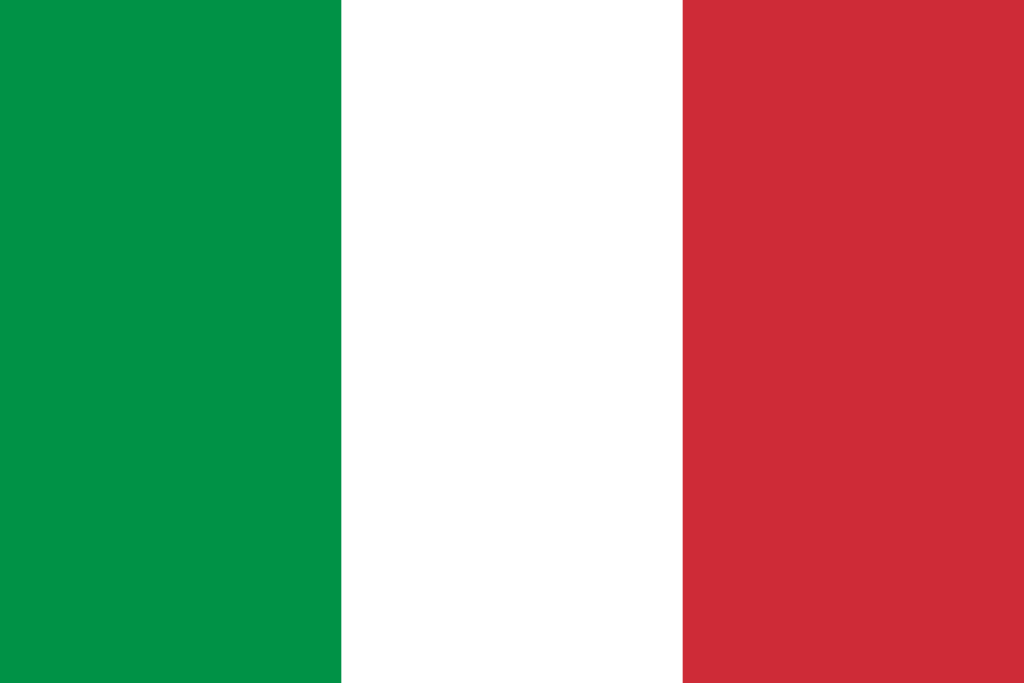 The Italian Flag is a tricolour (il tricolore) of green, white and red. To some, the green symbolises hope, the white faith, and the red charity. To others, the colours represents Italy itself: white for the snow of the alps, green for the Italian land, and red for the blood spilt for independence.

The tricolour design is influenced by the French tricolour flag that was adopted during the French Revolution. In 1796, During Napoleon Bonaparte’s invasion of Italy, the Italian Flag tricolour originated as a war flag for the “Lombard Legion" (a military unit under Napoleon). The white and red were to honour the flag of Milan and the green represented the Milanese civic guard uniforms.

From 1796-1802 the Republics of Italy had used the vertical tricolour, so the Italian people began to recognise it as a symbol for Italian culture and the modern Italian Flag was officially adopted as the National Flag of Italy in 1948 two years after the birth of the Italian Republic.